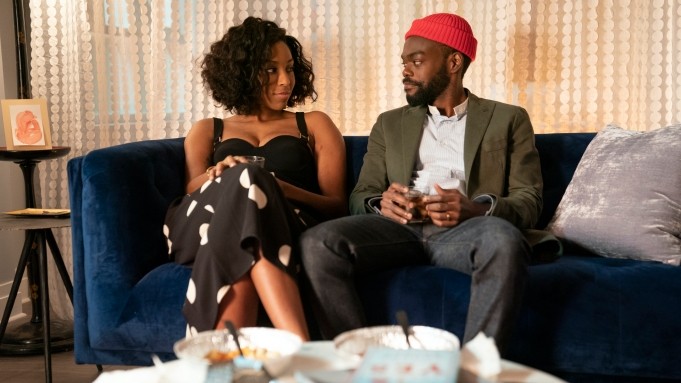 When William Jackson Harper turns on his warm, steady charm, he proves an impossible actor to resist. Even when portraying a neurotic breakdown, as he did frequently as an ethics professor on “The Good Place,” or embodying someone who makes questionable decisions, as he does on “Love Life,” Harper imbues his characters with a grounded sincerity that shines through their darkest days. That “The Good Place” eventually bet the house on Harper’s ability to anchor the most significant romance in the universe came as no surprise, even as that romance threatened to swallow the entire series whole. Harper was simply that charismatic, justifying the gambit with every focused gaze and tender smile.

It’s tempting to say that it was only a matter of time before Harper landed a romantic comedy role worthy of his talents, if only because he so clearly deserved it. That assumption of inevitability would, however, be ignoring Hollywood’s long history of sidelining, flattening, or else entirely dismissing Black men in romances. There are of course exceptions: Courtney B. Vance in “The Preacher’s Wife,” Omar Epps in “Love and Basketball,” the men of “Waiting to Exhale.” But making a multi-dimensional Black man the central focus of these stories is a much rarer thing. With “Love Life,” Harper gets the chance to explore a much more detailed story of a Black man falling in, out, and back in love in a way that allows the character to be far more complex than most.

When Sam Boyd’s “Love Life” first debuted on the brand new HBO Max, it starred Anna Kendrick as Darby, an improbably named white New York City woman whose jaded pragmatism constantly clashes with her yearning for true romance. And yet, despite its typical rom-com trappings, this installment of “Love Life” quickly proved deeper than meets the eye. Darby doesn’t just learns what she likes in a partner, but, through failed dating and an abusive marriage, what she doesn’t. She confronts her outgoing best friend (the excellent Zoe Chao) about her excessive drinking, leading to a rupture between them that never fully heals. She starts a family in a way she never expected but which works, despite the odds. Even as Darby’s story ticks plenty of rom-com cliché boxes, the show subverts expectations by allowing her romantic life to get truly, humanly messy.