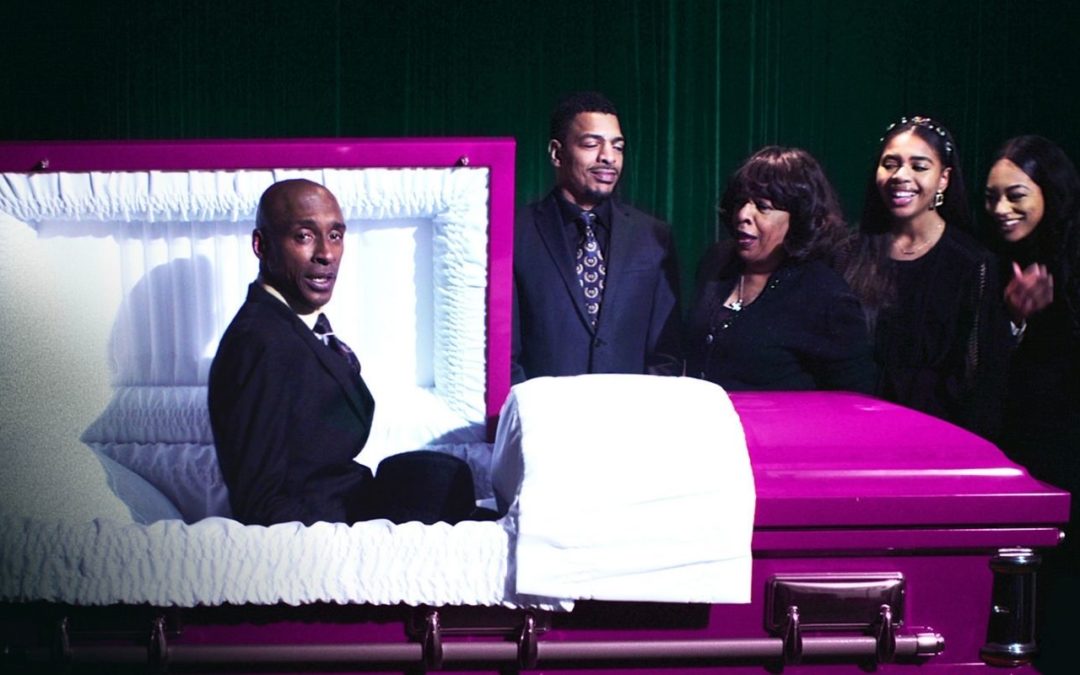 Netflix is gearing up for the release of Buried by the Bernards, an unconventional reality show set in a Black-owned, family-operated funeral home in Memphis. The series chronicles the day-to-day of the funeral home operations and the shenanigans of the family that operates it.

As the streamer states: In 2017, Ryan Bernard opened the doors to R Bernard Funeral Services, offering complete, yet affordable funeral packages to help his community deal with exponentially high funeral costs. With family dra-medy at the center, the family-owned and operated business provides their community top tier care, service and comfort with a side of laughter in the toughest of times. In this line of work, the Bernards can’t neglect supporting each other and have their own special recipe for preserving their relationships – it’s one part understanding, a pinch of sarcasm, and a heaping spoonful of blatant honesty. This unorthodox funeral home is only outmatched by the unconventional Bernard family themselves.

Ryan Bernard and his mother, affectionately known as Ms. Debbie, made time in their busy day to talk with Shadow and Act ahead of our exclusive release of the trailer, which you can see below. The reality show also features the other funeral home workers: Bernard’s oldest daughter, Deja, his youngest daughter, Reagan, and his uncle, Kevin.

You’ve probably seen the Bernards on the internet before and didn’t even realize it. A viral commercial for funeral home actually landed them on television. “The commercial with my uncle Kevin jumping out of the casket…that commercial went viral all over the country,” said Ryan. “We were contacted by Steve Harvey’s people and they were calling us. The commercial was about our drive-thru viewing and it went viral and the rest is history.”

Ms. Debbie is surely the star of the show and is poised to win the hearts of folks around the world with her humor, witty comebacks and no-nonsense attitude. The season sees Ryan and his mother at odds because while he’s the boss, she’s the boss of him as his mother, of course.

“Let me tell you what’s so weird and funny to me is the fact that what you see actually not me,” Ms. Debbie told us hilariously in a matter-of-fact manner when asked about these sentiments. “I’m shy, I’m withdrawn, I don’t talk a lot, I’m a quiet person. [So] when people [are going to] say ‘Did you say yourself on this show?’ I’m gonna say, ‘No, not really, what did I miss?’ I’m gonna say ‘The person you see is not who I am.'”

“She already thinks she’s….who [do] I call you…that actress I call you all the time?” Ryan questions his mother during the call. “I don’t know, ’cause I don’t listen to you,” she responds back without missing a beat. “Let me tell you something…when I saw that trailer and he sitting up there talking about Mussolini…Mossalani…I ain’t know who the heck he was talking about. I said who is the comparing me to? I ain’t know who that was. But I ain’t think you’d talk about your mama like that.”

“I listen to everybody talks about she’s funny and she’s this and that and I guess I’m just used to it because she’s my mom,” said Ryan. “But I love her to death and we have a lot of fun.”

We asked the Bernards about how they are able to keep things light in a profession where you have to deal with death and mourning.

“I love, love people. I’m a big talker anyway,” said Ms. Debbie, who interestingly enough, claimed to be reserved just minutes earlier in our conversation. “So when the families come in, we have the conversation [and] we do give our condolences, but we sit down, we relax, we go into another conversation after we talked about what you want to do and how to take care of your loved one. But then we’ll start talking about, ‘Man, did you see The Haves and the Have Nots last night?’ ‘Oh wow, I missed it, I’m gonna go back home and watch last night’s.’  I take it in another direction. I love families, I love being supportive, I love the extra touches. And then the next time I see someone, it’s like that’s my sister, that’s my brother, that’s my mom, that’s my daughter, that’s my grandma. It’s fine for me. I just turn it off [the death aspect], I don’t want to think about that part of it. I keep it in the back and don’t bring it to the front.”

Both of them want prospective viewers to know that they are just a family for the people.

“We just a family that loves each other at the end of the day,” Ryan said. “We have our ups and downs like any other family. We argue and bicker but at the end of the day, we always laugh and love and support each other. And our customer experience is our No. 1 priority. [We want] to take families through these difficult times and alleviate any financial burdens when we can.”

Ms. Debbie added, “The people that do know us and patronize us…the business is now built on repeat business..it’s built on family…they got our cell numbers. I want them to know that we are the same loving, caring family that’s taking care of your family. We thrive on that. We’ve never changed our prices, our commercial was built on $1895 and $595, and however this hits, we’re keeping that price like that. Despite the reality show, we still the family that loves and takes care of their family.”

The series drops Feb. 12. on Netflix.