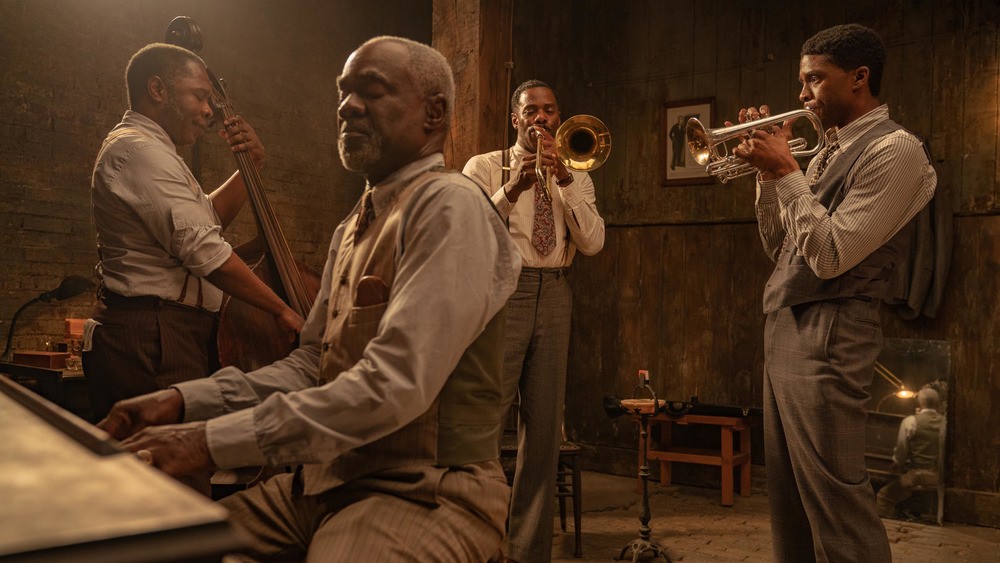 Based on the August Wilson play of the same name, it was down to Ruben Santiago-Hudson to adapt the two-act play for the screen.

Rather than make audiences wait to meet the film’s title character, Santiago-Hudson made a notable shift, and Ma makes a grand entrance, minutes into the film. He explains, “We wanted to show Ma as her most powerful and dynamic self. Her temple was the show tents of the southern United States. That is where Ma Rainey reigned supreme.”

That power was in the recording studio, where Ma was hailed as the Godmother of the Blues, at a time when segregation and racial oppression was widespread in America.

In the studio, we meet the dichotomy of characters – the band members and Levee, and the film explores these different personas in conversation, and in that session.

Another key change he made was switching seasons. The play is set in winter, but Santiago-Hudson and Wolfe set the story on a hot summer’s day in Chicago, and the sweat and humidity become integral elements.

With the screenplay, he found he also had more flexibility to follow through on the themes that Wilson could only allude to in his play. “Things like the weariness of Ma Rainey, the usurping of Black artist talents, the difference between Ma Rainey’s dynamic in her comfortable surroundings of the show tent and the recording studio,” were just some of the few things he enhanced in the film’s script.

Adapting Wilson’s famous work for the big screen did not come without challenges. Santiago-Hudson found some of the biggest challenges were in keeping the power and melody of “August Wilson’s mellifluous dialogue while removing over a third of the play,” he says of the edits he had to make.

As the film explores not just Ma’s contentious dynamic with Levee, it also explores her relationship with the studio manager and his ulterior motives, which will eventually result in her erasure from the narrative.

Santiago-Hudson preserves Wilson’s words and music but also tells a powerful story of the Black experience through the film.

He says of Wilson and the importance of the playwright’s words, ”People want the best — clothes, cars, food or art and August Wilson’s work sets an incredible standard of excellence. To capture the journey of a specific people, in a specific place, each decade of the twentieth century is unparalleled. His examination of humanity through the black experience is enlightening, entertaining and life-affirming.”